Fun In The Magnificent 8!

Fun In The Magnificent 8!

We had a gas last night in a server set up to (primarily) let the Mi8 guys get some quality time in behind the cyclic. I was the only "Huey slob" in the server (don't own the Mag8...yet), and it was fun watching that big behemoth doing it's thing.
Here are some pics: 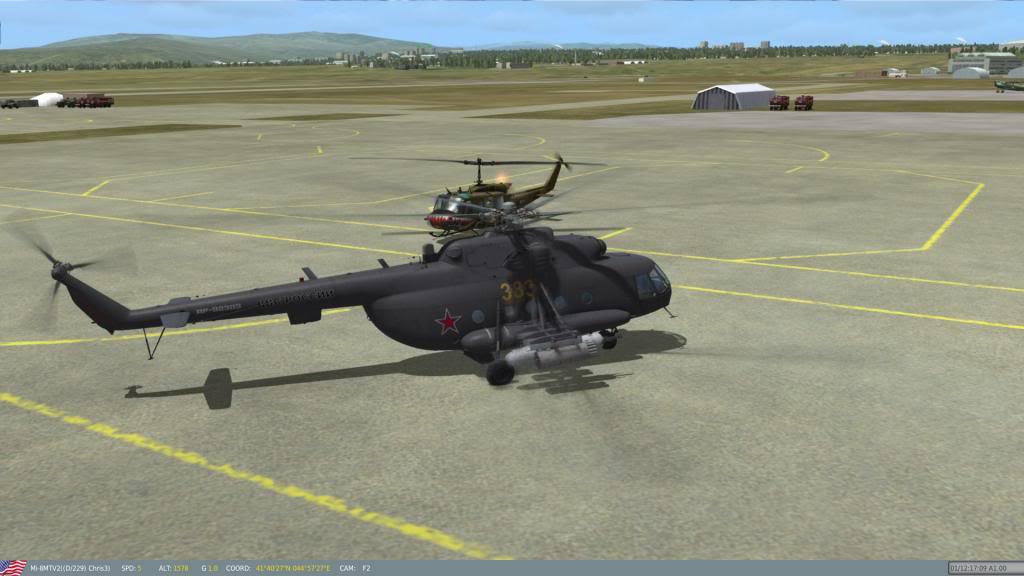 "Chris" taxiing over to play "mine is bigger than yours!" 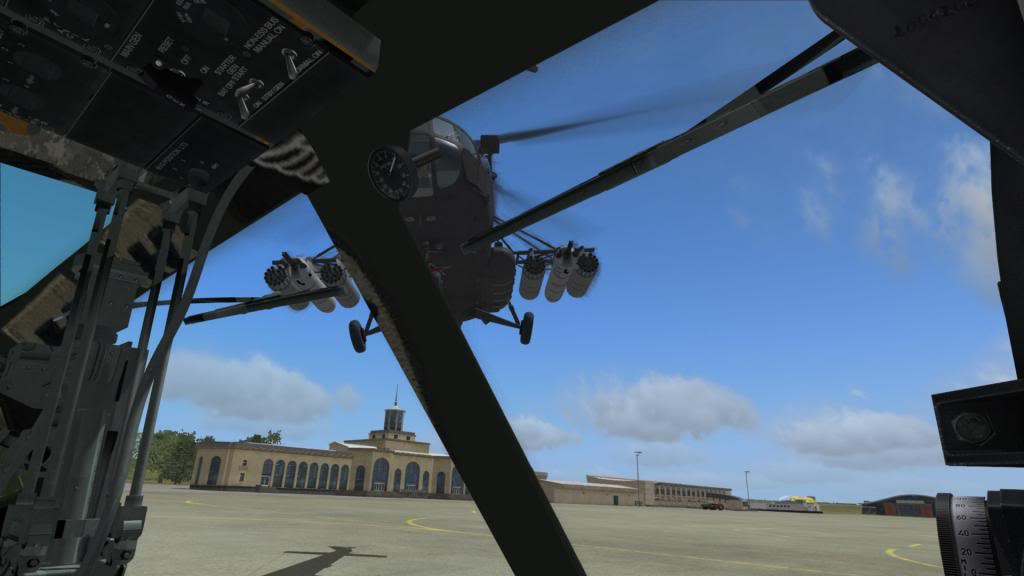 Turns out he was right! That thing is freaking huge! While "SIX" was fielding a ton of "how do you...." type questions, we did some auto-rotation practice. I'm down on a taxiway in (mostly) one piece. Chris is going to put that big-a**sed thing on the runway. 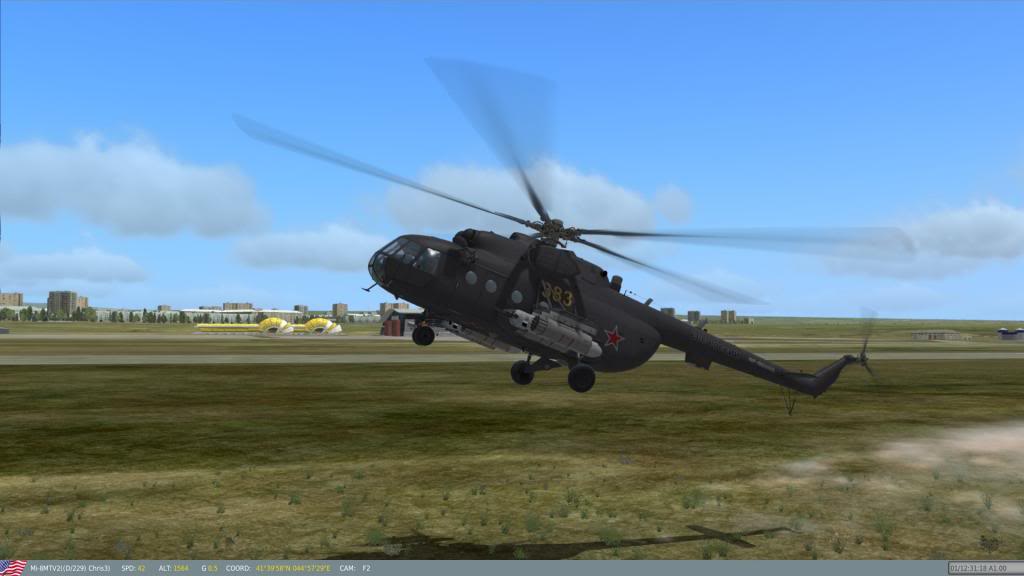 Looks like that thing has TONS of inertia. I guess 5 blades are better than 2...shame they spin the wrong way. 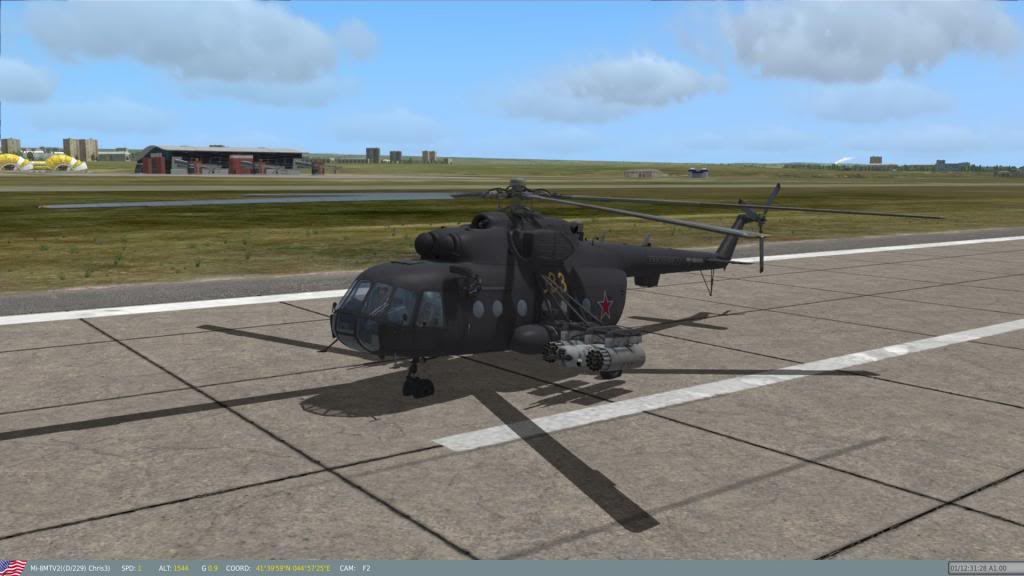 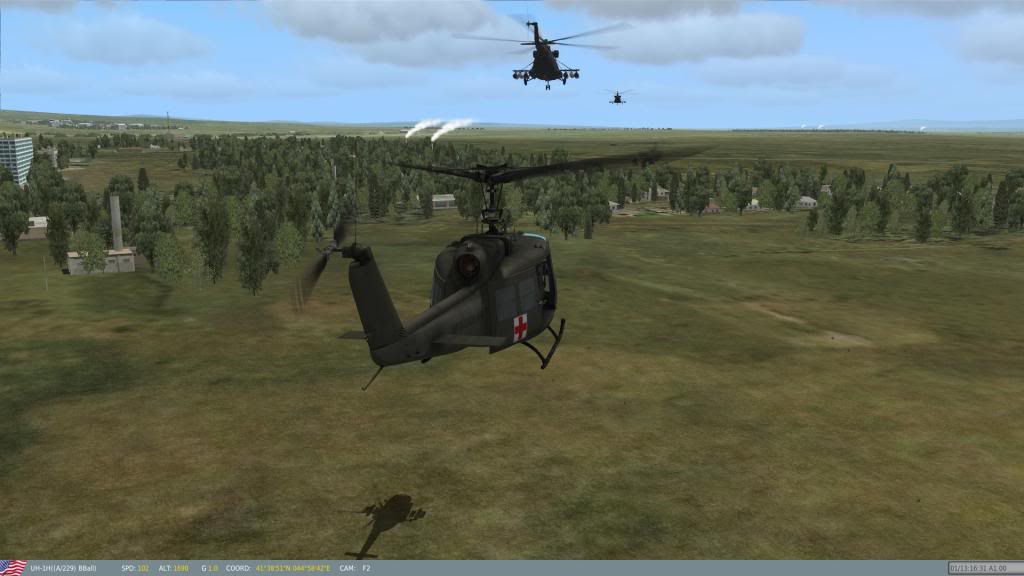 Time for some combat. I'm in a Dustoff machine following the two mastodons over to "Dead Man's Town"....it could get ugly. 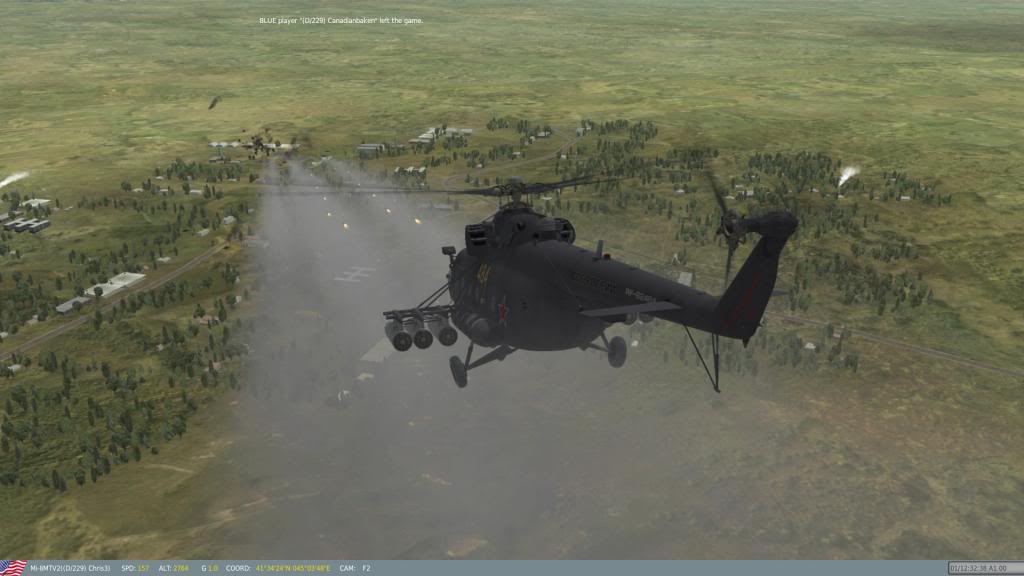 "Chris" is laying down a world of hurt! IIRC, they flamed an engine, and he auto-rotated (thank goodness we practiced...right?) 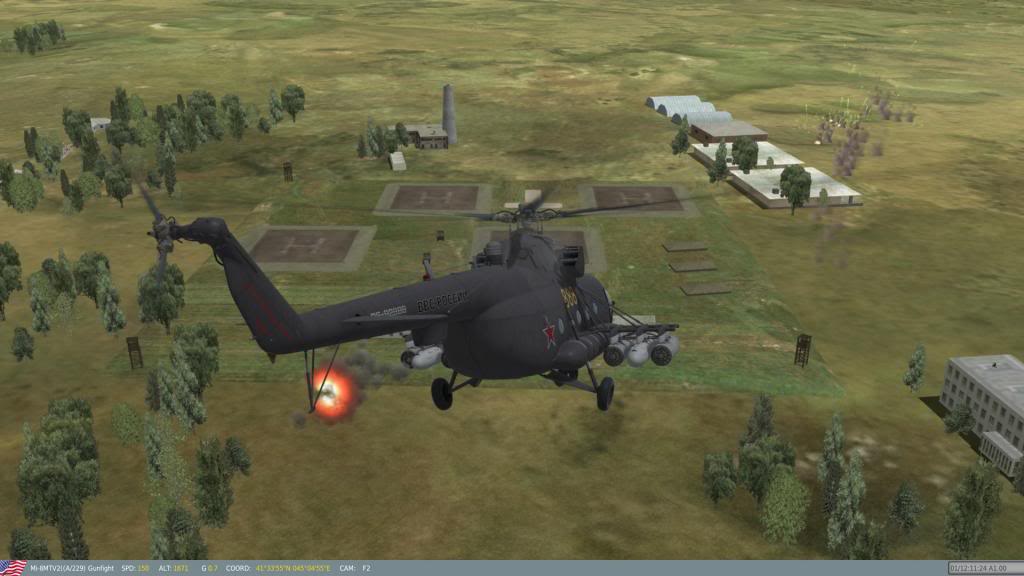 "SIX" doing the same thing (only different results). Unfortunately for him, he "took it in the face" more times last night than Liberace, and each time they shot him, all 3 pilots in the cockpit died...so he did some auguring in. 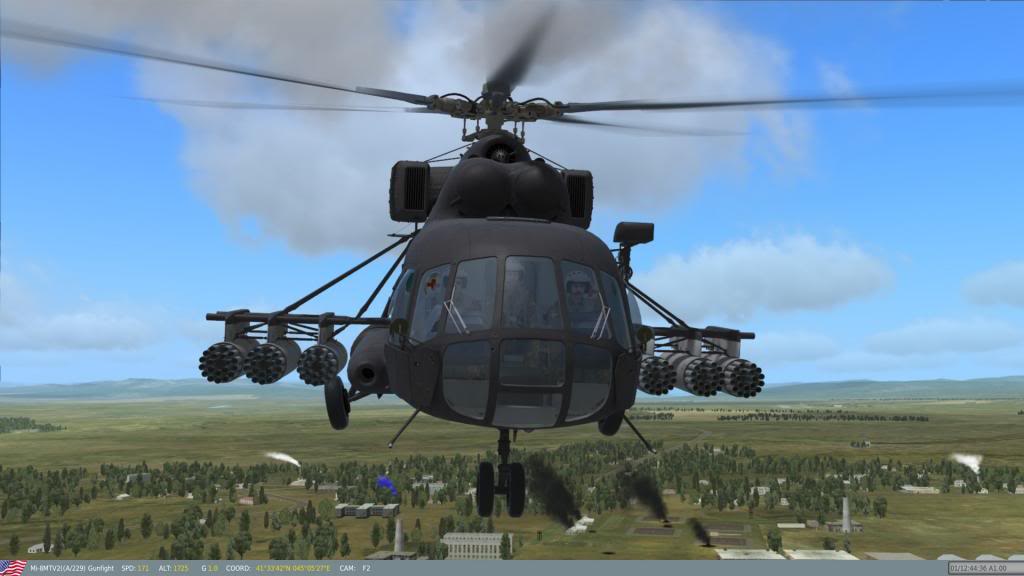 Here he goes...they may not look dead...but they are. He's a big, rooskie, unguided missile! He skipped across about three farmer's fields, and ended up in a big pile of teeth, hair and eyeballs. 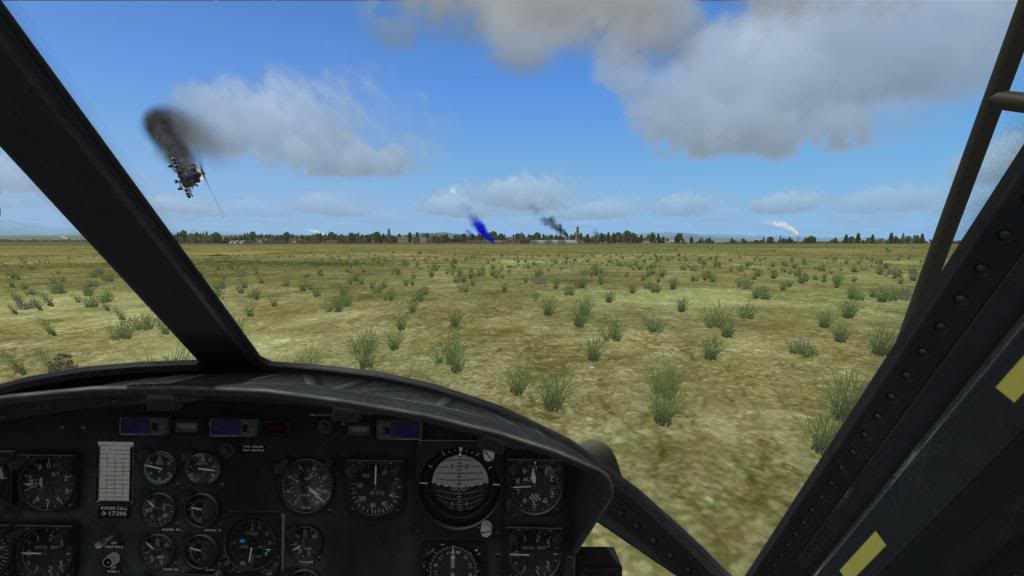 Speaking of teeth, hair and eyeballs! Don't remember who belonged to THIS unguided missile (it wasn't SIX), but as I was loitering in my Dustoff waiting for the guns to kill some bad guys, I got a front row seat to this disaster. 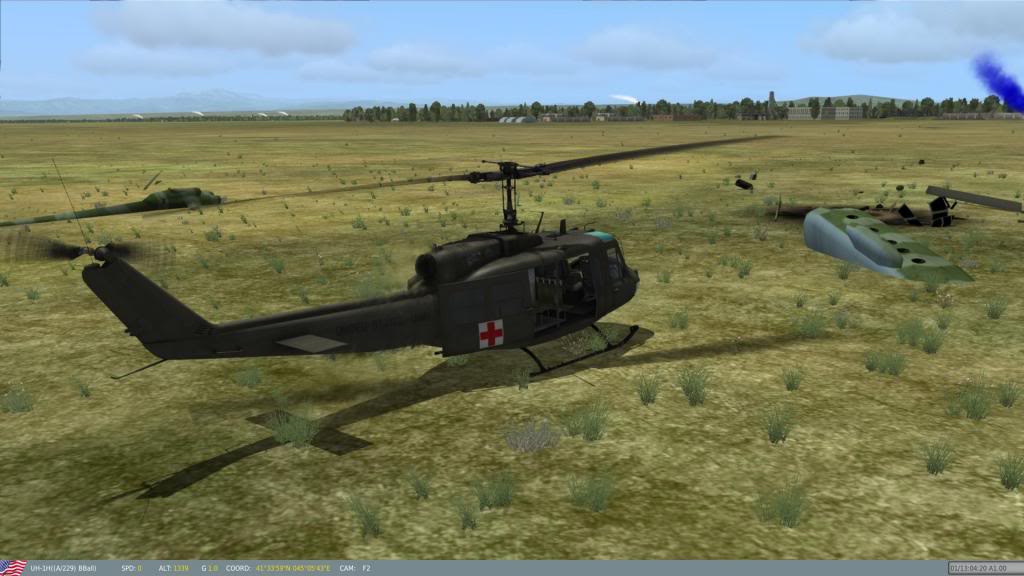 I decided to "terrain mask" behind the junkyard that appeared in front of me! BTW, the guns eventually DID get the bad guy that was causing all the havoc, and the MedEvacs got in to pick up the downed pilots.

All in all, a GREAT time last night! Thanks again guys for allowing a lowly Huey slob to join up and witness greatness in the Magnificent 8!

Oh, and btw I was that unidentified missile that almost hit you

It's a really cool heli. It feels like the chopper equivalent of driving a rig with a 100,000 pound load.
When we did our tractor trailer course an empty rig was jerky and bouncy feeling, but a full trailer felt like you were just gliding along with real mass. Flying the Mi8 felt the same way in DCS