Requesting Career Advice for a Career in Aviation

Requesting Career Advice for a Career in Aviation

Another year as a lawyer begins for me and I can’t say that I am too thrilled with my current career. Meanwhile, my love and interest in aviation remains at its lifelong high.

At this point, I would appreciate any advice from the real life pilots among you on getting a career as a pilot in aviation.

I am open to both civilian and military, fixed- and rotary- wing aircraft.

In terms of my ‘restrictions’ or circumstances I guess I should list:
1. I reside in Sydney, New South Wales, Australia and am an Australian Citizen.
2. I have Myopia (short-sightedness) which is corrected by lenses to 20/20 vision (To my knowledge, I am still eligible to a Class 1 Aviation medical certificate).

For the moment, I wont list my financial circumstances, but feel free to provide an indication of costs involved in any advice.

Thanks in advance,
Andrei 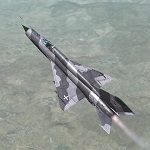 What are you interested in flying, what is your end goal?

I guess, I better break this up.

Military
As for the military, well, I would fly anything. In Australia, the Army and Navy fly helicopters whilst the Air Force flies the fixed-wing.

My issue here is I have gone through Defence Recruiting three times now (once for an Aviation role, twice for a naval role, each time as an officer) and been unsuccessful. For all I know, my file has been flagged because I have applied three times (I'd have to make a Freedom of Information Request to verify that one, which as a lawyer I know how to do, but might look a bit suss.

Technically, I am allowed to keep applying until August 2016, but to be even allowed to apply for a aviation role I will need 2 medical waivers from Single Service. I never have had an issue proving that I have good knowledge about the ADF and the role, but I have tended to be questioned whether I am the 'right fit' for the ADF.

As for end goal, the done thing appears to be to get in, do your minimum service, then stay in as long as you want, before mustering out and getting a job in civil aviation.

Civil
For civil aviation I am looking at being a commercial pilot for either fixed wing or helicopters. The end goal for fixed wing would probably be working for an airline and going up the chain.

For helicopters the end goal is not so clear, especially since it seems that the helicopter industry over here is small, fragmented and dispersed.

Sounds like civil is your best option. Fixed wing is going to cost a lot less and give you more jobs opportunity's. But if helicopter is your dream, then you need to look at cost, and job prospects. Ether way I might look at going out of country for your schooling to save on cost. But look at your budget, think about what type of life style you are whiling to live as you work your way up to that air line or oil rig job. Look to do a lot of travailing, low hour pilot jobs are not going to come to you. I will say not having a wife and kids is going to help you.
If flying is your dream then go for it, make sure you really want it, and talk to a lot of people to make sure you know what its going to take to get it.

Hey Andrei. Having gone through the whole ADFA selection process, gotten in and then f#$ed it up at uni (and knowing how competitive the selection process is) I think you might need to look at the civilian side of things as Six said.

Again as Six said, depending on how you want to go about it financially one option is  http://www1.rmit.edu.au/browse;ID=SPGBP070PLAUSCY;STATUS=A ;PAGE_AUTHOR=%20Program%20Guides;SECTION=1; can use FEEHELP to pay for most of it since you are getting an undergrad degree.  It would probably be wise to talk to some aussie airline pilots to see if the program is well regarded and favorable with the airlines themselves.

Another way some of my mates have gone about it paying straight out of their pocket (or loan) to go to a school, trying to get CPL as quickly as possible and then flying freight etc to get paid peanuts for a few years trying to build up hours for ATPL

ps, let me know and I can put you onto a few guys (one who know flies heli's out at the 12 apostles and seems to be doing okay) and 2 other that fly fixed wings.

(C/229) Frenchy wrote:Hey Andrei. Having gone through the whole ADFA selection process, gotten in and then f#$ed it up at uni (and knowing how competitive the selection process is) I think you might need to look at the civilian side of things as Six said.

Yep, Frenchy, ADFA selection was tough. That was my first attempt when I went for an Navigator role (now ACO) in the RAAF. I got all the way to the Officer Selection Board. There were eight other people at my board including a good friend from my AAFC squadron. My friend got in as an Intelligence Officer, whilst the rest of our group crashed and burned. Would have been nice to have been successful and now be flying in the backseat of a Superbug

Ironically, as difficult as the ADFA recruitment process was going for general entry officer proved to be harder. Each of my next two attempts I got less and less further in the process.

Anyway, Frenchy, I would certainly like to get in touch with your friends at some stage, probably when I thought process on this issue is more concrete.

Just a quick thought Andrei, Flying can be for Fun only, have you ever thought about paragliding (quite cheap and lotsa fun), gliders and such? Or you need that engine roar?

Given what you've written above, I'd say that a civilian role is more for you, but you really need to think about what it is you want to do, set some goals and make it happen.

For me, I wanted to fly from before I could stand up, and I always wanted to fly attack helicopters. There was never any doubt in my mind about what I wanted to do and how I was going to get there, and everything that I did all the way from about grade 6 was with that goal in mind. From the sound of your previous applications for a military flying career, they may well of spotted that you don't have that same kind of drive that most military aviators have.

Don't take what I say the wrong way, but I'm sure that the other ex-military flyers would say the same thing about their goals being set in stone well before they ever applied. For those roles, places are are limited and the training costs are incredible so the military don't spend that kind of money on the basis that you might like to do it, you have to need to do it.

Take a think about what it is that you really want to do first because the road is long and pretty darned expensive, and the last thing you want to do is end up flying crates of rubber dog shit out of Hong Kong eh Samri 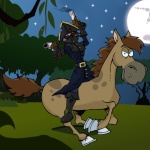 iPads and iPhones these days

Ah well, Highway, trust me my drive was not the issue when the first time I applied for the ADF as a Navigator. I have wanted to be a pilot since I was only five years of age and that desire has remained ever since. My Officer Selection Board saw that I was dead set on getting an aviation officer role.

The issue the Board had was that at that time I was a nervous kid lacking confidence and who needed more life experience. So went off got the life experience, built my confidence and came back again. On the two subsequent occasions I tried to join the ADF, ADF Recruitment refused to allow me to apply for an aviation role for medical reasons (waive-able reasons but Single Service refused to give the waiver).

You are right, Highway. This is not something to be taken lightly. Though I studied law as a back-up plan, I had to fight damn hard to become a lawyer. Further, it is not as if I am a bad lawyer. The feedback I have been getting from my senior colleagues regarding my performance has been overwhelmingly positive and I pride myself on being a hard-working professional. But my heart is just not in it.

I am considering this course of action now because it has got to the point where I need to do it.

I would like to thank all of you for advice you have given me. I could not have gotten it such high quality advice from anywhere else.

I am confident that I am now in a position where I know my options, can make plans and set goals.

Thank you and hvala,
Andrei Dragovic