In and effort to keep the thread from getting too long (and maybe keep the load times reasonable), I hope you don't mind that I started a second "Random Mission Pics" thread.

Here are some pics from last night's flight in the (outstanding) mission "Bad Day For Charlie". Aircrew present: Showtime, Six, Skullz, Phantom, CanadianBaken, Oxodious, Griff, Crashmo, Hitman, Fang and myself (huge apologies if I left anyone out). I was having a horrible time staying connected to the server ("Connection Interrupted" SEVERAL times...ugh), but after a couple of reboots of the modem, I connected and stayed on long enough to fly three different lifts into the hot LZs...incredible fun! (hope to have a movie of some of the highlights later...).

Here are the pics: 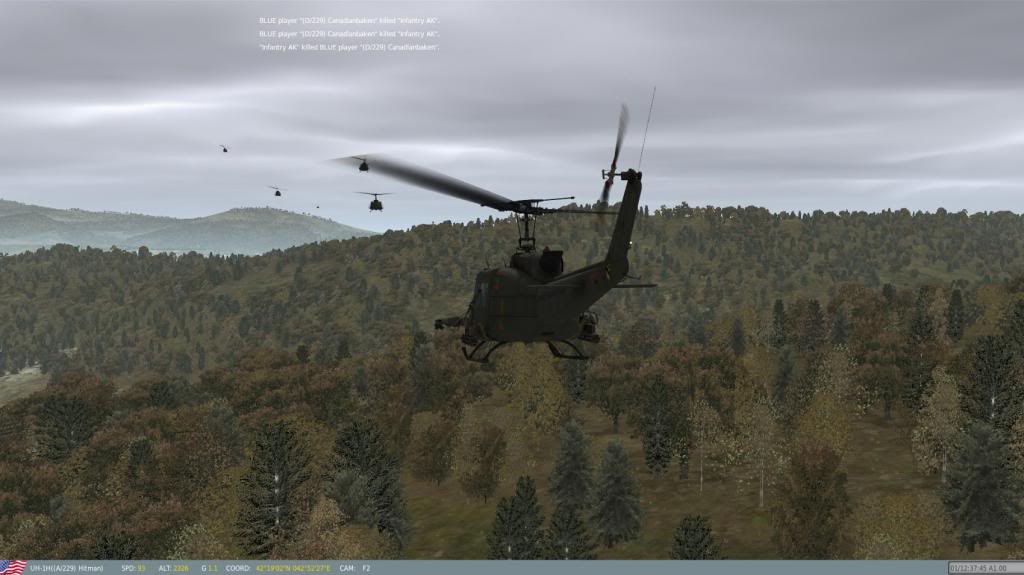 Hitman following a gaggle of ships headed toward the FOB to pick up some "sky troopers". 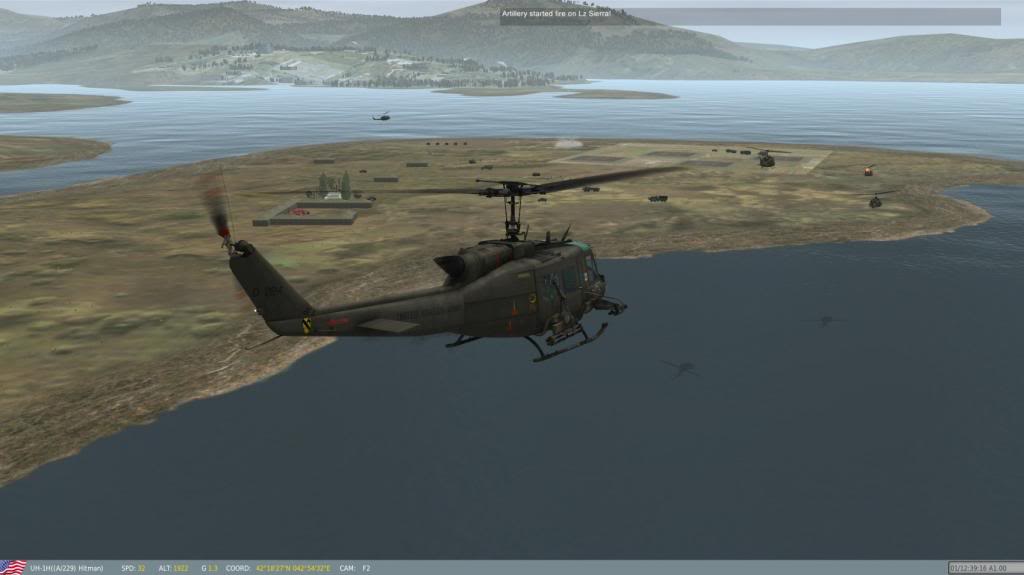 Their arrival at the FOB. 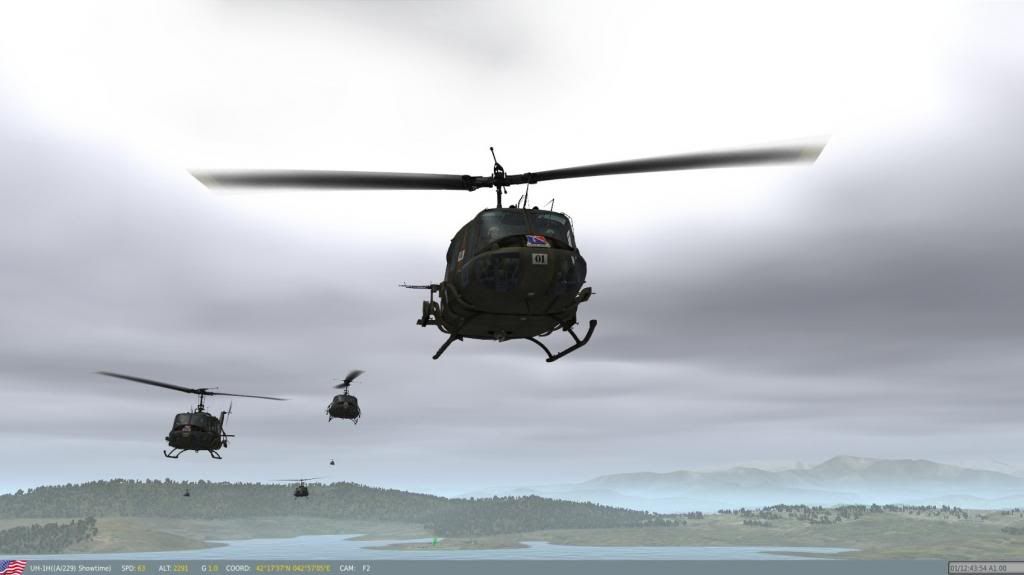 Showtime leading the first lift into an LZ. 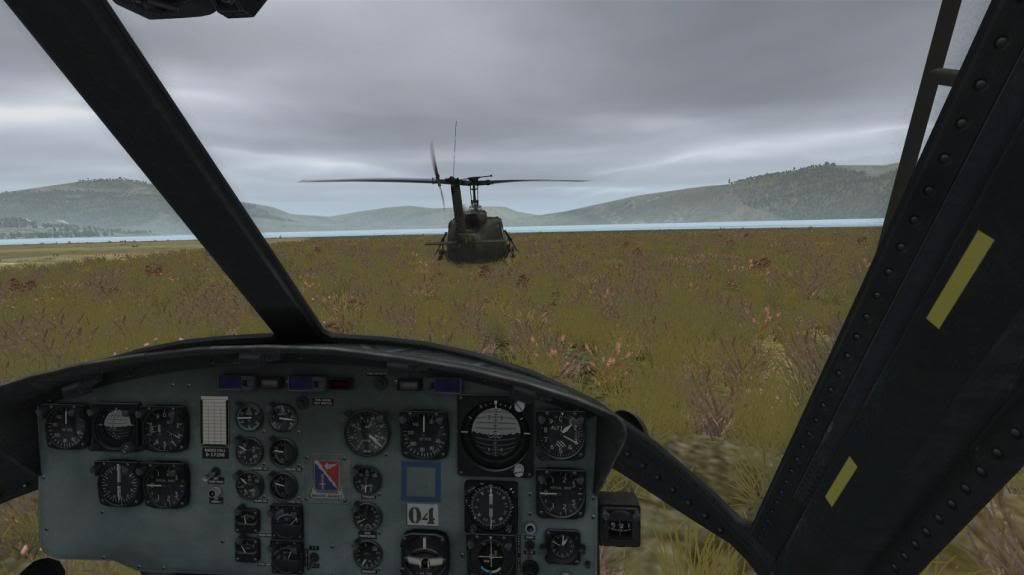 Late to the party...but better late than never. The first lift saw some casualties, and I settle into the FOB behind Oxodious. Griff is to my 3 o'clock, so I backed off and he snuggled in between me and Ox. 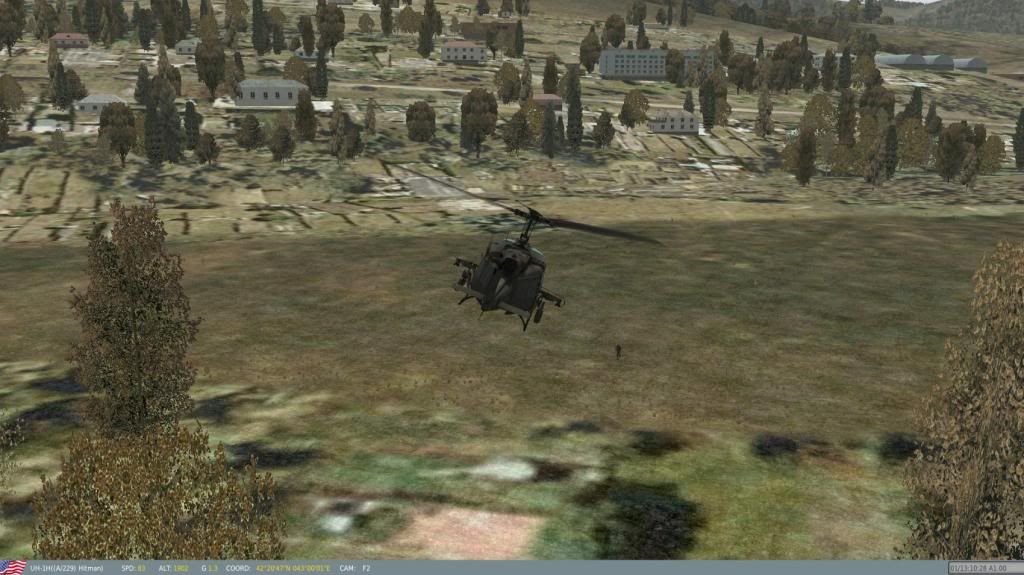 Hitman and Baken were unbelievable in their guns prep (and support) at the LZs! Here, Hitman is dealing some "death from above" to Charlie... 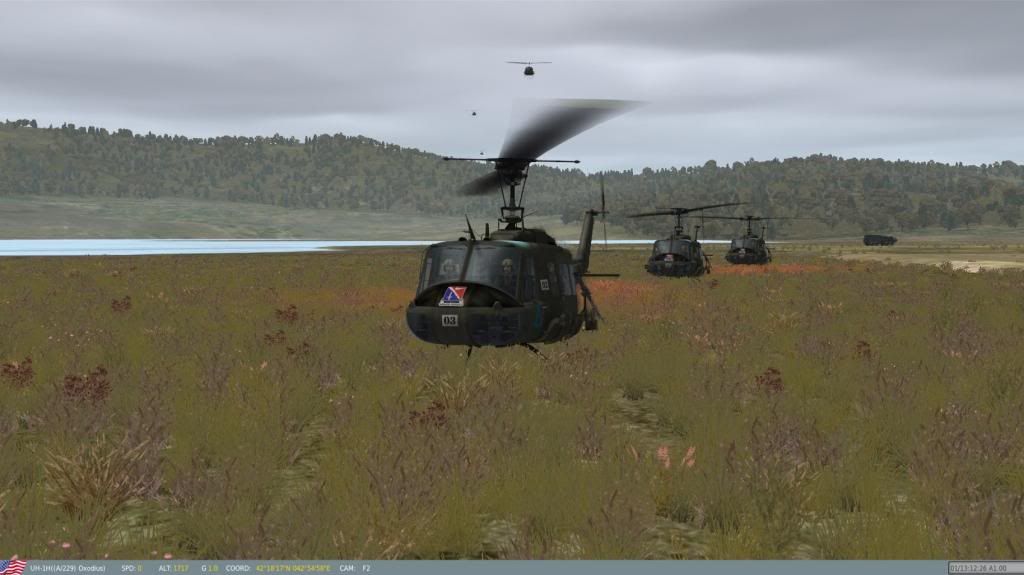 As Ox, Griff and I sit patiently at the FOB, re-enforcements arrive. 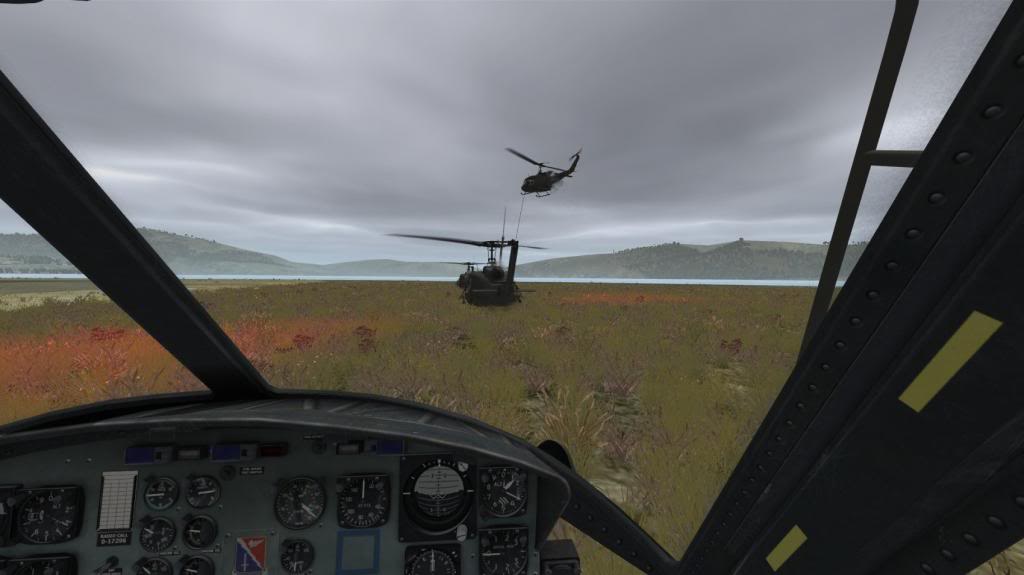 Six positions himself at the head of the chalk. 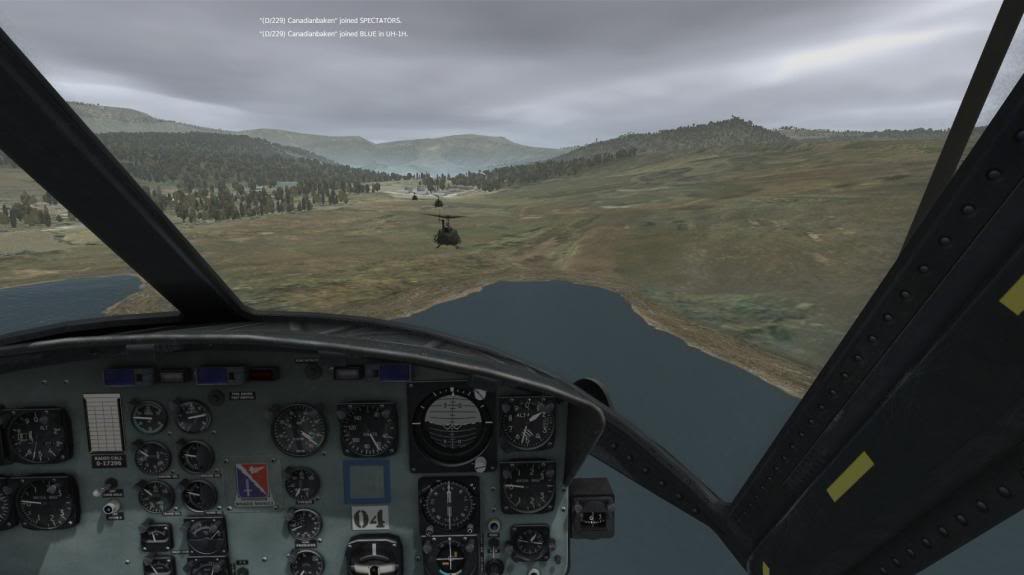 Inbound on my first lift, their second. The LZs were challenging AND contested...I can't imagine what this would've been like without "guns" support! 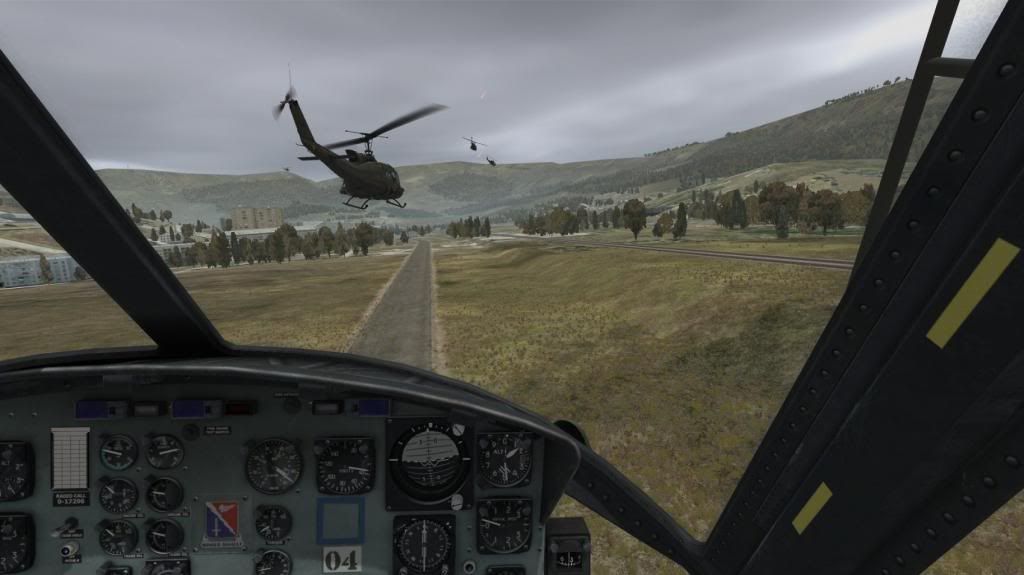 Pulling pitch behind Griff as SIX and Ox are on their way out. You can see a gunship adjacent to Griff's left vertical stab. 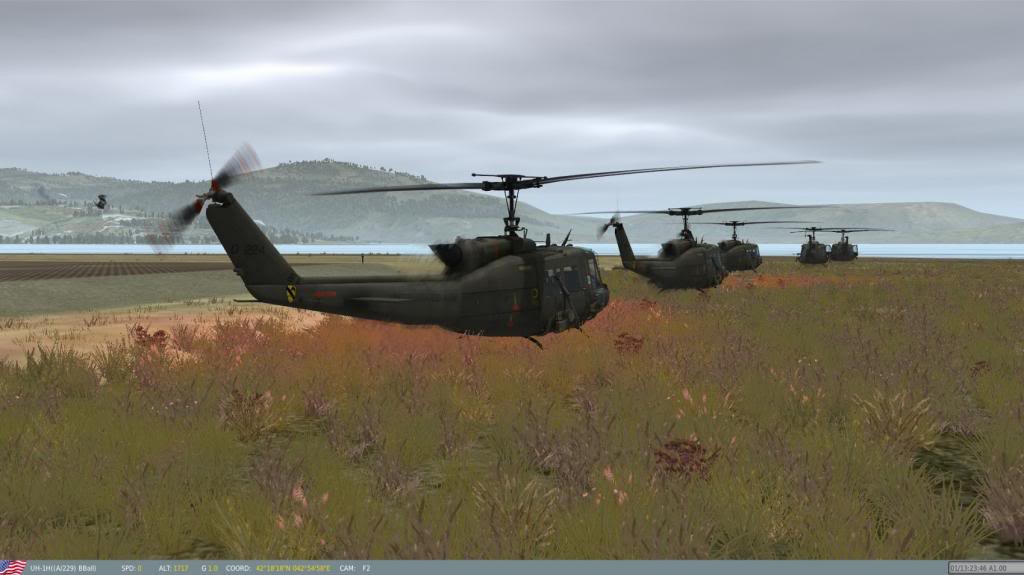 Showtime returned and IIRC, he led the next lift. 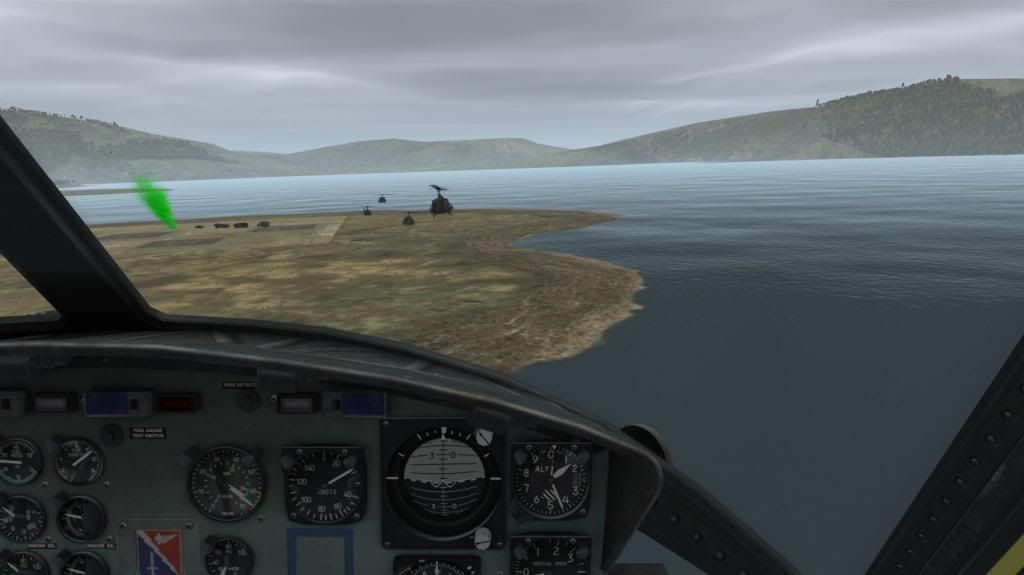 On final to the FOB at the end of that lift. During the next lift, we lost Griff to ground fire (or lag induced collision...not sure). I was "Bravo 5" directly behind him, saw ground fire directed at him, and then one huge explosion. Whatever caused it, it was frightening to be sure. One second he's there, the next he's a mass of parts falling Earthward...not good.

All in all, it was an outstanding night of flying (after my connex issues sorted themselves out)! The mission was great, the flying superb, the "chin music" was first rate (did we ever hear whether Hitman found his tampons or not? LOL!), and I'd like to say "THANKS AGAIN" for allowing me to fly with you guys...it was great.

Have a great day all,

Nice pics.
It was great having you there with us Bball.
That is a fun mission.

Glad you didnt take any pics of me landing in the drink!