Greetings one and all.

Thanks for my acceptance into this team / group, I am looking forward to flying with you all ASAP!

I am a 49-year-old male from Cornwall in the UK. I do not work anymore as I have had 5 strokes in as many years.

As such I get to spend most my day in FSX (not so much anymore), X-Plane and now DCS - I'm also on Facebook a lot assisting others.

I was a Senior Software Engineer for over 30 years of which 20 were at BAE SYSTEMS where I wrote the S/W for HUDs (F-5, F-16, C-17, Eurofighter), HDDs/MFDs (EH-101, Tornado GR4), the Terrain Referenced Navigation (TRN) for Tornado GR4 in Gulf Wars 1 and 2, the "Glass Cockpit" for the UK Replacement Attack Helicopter - Cobra Venom, and for my sins the FCC (Fly-By-Wire) for the Boeing 777. I am also a Windows / Web / .NET S/W engineer having written many Windows and Web-based ASP apps. Now all I do his hack-the-hell out sims to get the best GFX out them

Hardware wise I have two X-52 Pro Joysticks (one modded without any springs for helicopters) and an X-52 Pro Throttle along with Thrustmaster Pedals and TrackIR.

I'm now stuck on the ground and using X-Plane and DCS as my primary sims but have over 12 years on FSX. 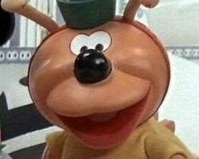 Being from the UK, you will be in B company, which is our most active group.

The instructors and senior guys all monitor this page, so it won’t be long before someone comes along and gets you started. Usually within a few hours but being Xmas might be a tad longer.

I see you on Discord, which is where we all hang out.

We use the Beta version of DCS so if you don’t have that installed you could start with that to get the ball rolling. We also use TeamSpeak for chatting and simple radio for missions. Sounds like you’re probably all over this with your background mate.

Anyway, just hang tight and it won’t be long before you’re up in the big blue with the 229th, look forward to having a fly with you soon mate.

Nice creds GUY. Welcome to the 229th. Also have a merry Christmas!

Assigned to B Company. 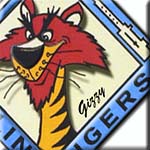 Hey Guy, glad you made it on here (I'm Damien from facebook) and hopefully the peanut gallery here has been pretty nice to you so far.

I saw your post about callsign length and I hate to day it but hacker came straight to my mind after reading your credentials. Very corny and cliche but isn't that the point? Anyways, Im sure someone else will chime in with a better idea.

Many thanks gents for all your words of welcome, it has been a busy couple of days getting everything I need downloaded, inspected and installed - once a"hacker" always a "hacker", I just needs to takes a wee peek under the hood of everything!!!

With regard to callsign you may now refer to me as "BlindDog" - well after 5 strokes what can you expect!!! I can laugh about it so hope you SEE the funny side, oh and don't worry - my eyesight is not so bad that I will be bumping into any of you when in formation and I can still see well enough to hit a barn door at 100 feet... with my gunship - literally

All being well I will be flying with you all soon, Space Cadet and I have been chatting on the Discord server so all is well there but I need to update my DCS to the "beta" as I am not having visibility in DCS to the 229 MP servers. He and I will then do a couple of test flights together to ensure I have everything (Mods etc.) installed correctly before I join you all properly.

Well, that just leaves me to thank you all again and in particular Gizzy and Space for all your help over this busy Xmas period.