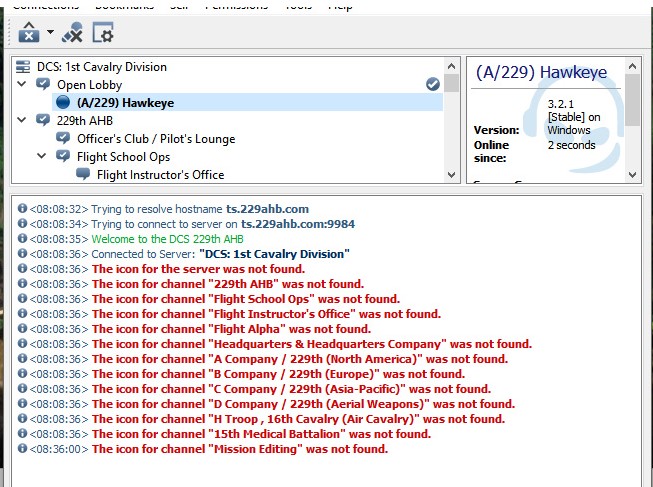 By the looks of it, this is not a problem on the Client side, but on the Server Side. I'm guessing the files are not in the right place and the Client can't download the Icons.

This problem will not appear to you, if you already have downloaded the Icon sets in your cache of the TS Client.


That is why only users that have fresh install or wiped their cache will notice it.       (I have a new Motherboard/CPU).

The client will attempt to download the icons again from the server yes, but as the error message indicates the icon was not found (on the server side) and thus it cannot be downloaded.
The icons files were deleted directly on the server by someone without the server being told about the icons being removed. The server thinks they are there, the clients which have them cached will display them correctly, but any new client or client without the cached icons won't be able to display or download them as the server doesn't have them anymore.

DaBomb  is there any chance you might be able to look into this?  Plz  ??

I have (for the moment) gotten the icons from someone using THEIR cache icons, but it's my fix for my system only.

We had to re-upload the icons to the know TS server. Everyone should be seeing icons when they log in now.