Hi gang,
Spectre has been in touch and would like to bring his other members to fly with us and suggested monday 31st. I have no time this week to create a new mission so we will either have to replay the last mission we did last Thursday or if anyone has a suggestion we can fly that instead.
They have mainly fixed wings so the mission needs to include airplanes.
Hope we can get a good turnout of 229th pilots from across the Battalion to join in.
Any suggestion for improvement, integration etc please feel free to comment below

Not sure if it is a mission problem or a problem with my system.

Last week at the beginning of the mission I was having problems with my collective.  After the first landing I tried to tighten the screws to keep it from slipping and inadvertently moved it which resulted in a crash. I was unable to rejoin the mission.

I could rejoin the server and select an aircraft but it would not let me into the cockpit.

I tried restarting DCS with the same negative results.

I was able to join and fly other missions on the 229 server.

If you run the same mission as last week, can you add one more KA-50 and also check what skin you loaded for it. Last mission I seen KA-50 with no skin loaded and I beleave other had same issue.

If possible, could you change the time of day? The sun is right in your eyes heading to pickup zone. This caused Paniter and I to crash in to the water. Well it caused Painter run into the water I followed him along lol. With the oculus the sun glare is extreme.

Thanks for putting on these missions.

I should be available - might even manage to drag Milenko along with me.

If we are doing the same mission, I would be keen to fly the FAC(A) role again...

OK I have an hour so will do some adjustments. Would you prefer no smoke on targets? Showtime did you have the skins pack installed?

Odd, I have opened mission and there are no KA 50 slots. I am sure there was one in the last mission and this is the file I copied to the TS repository for Dabomb to upload

NM I swapped out a Gazelle but never renamed it

Hmm.... smoke on targets is a bit of a cheat, so I suggest not. If the FAC(A) Gazelle could carry a rocket pod with willy pete rockets that would be awesome

The mission I made is also possible to use. What type of fixed wing aircraft do they prefer to fly, what need to be included in the mission? I can adjust it accordingly.
Just in case, you are looking for another one.

Thats the info on airframes I recieved, of course everyone has the SU25 too. I would prefer a new mission TBH keep things fresh if no one objects

A bit off topic:
Confirm, today, Thursday 27 Oct., is not the usual flight training?

(B/229) Painter wrote:A bit off topic:
Confirm, today, Thursday 27 Oct., is not the usual flight training?

I'll be around for some flying after 1900z. I think Cib is doing "relative work" this week, hence MIA.

Hi Painter... I have had man-flu for the last week so not been on.  I will be on tonight just after 21.00hrs if your still on at that time, be practising some sling load and hovering stuff... or anything else you may have in mind (gawd, I sound like a slut

Painter can you possibly type up a mission brief so we know whats expected and what roles are etc.
Many thanks

(B/229) Cib wrote:I would prefer a new mission TBH keep things fresh if no one objects

...oh Cib - I guess I misunderstood this sentence. I thought you do not wanna use my mission and you want to fly another (new) one. But from your last post I understand, that you are thinking of my mission as the "new" mission.
I will try to post kind of a briefing here... stand by.

RGR that, you will also need to provide a link to mission and hope we can contact Dabomb to get it on teh server for us 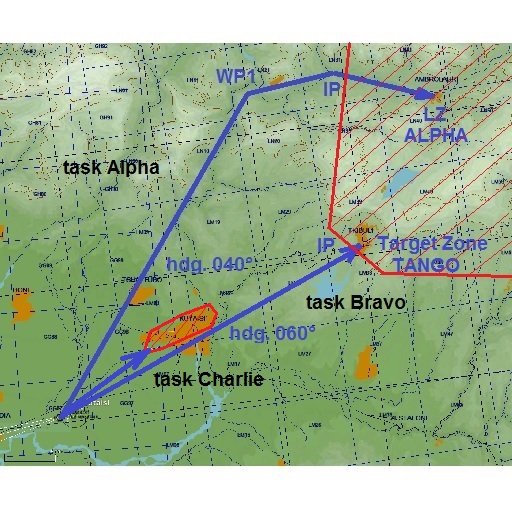 ===
A. Task Alpha (-> do not mistake with "Alpha flight!")
------------------
During the night a Georgian reconnaissance convoy got in contact with South Ossetian separatist infantry. The convoy crew of 2 squads, 6 person each squad, has to be extracted.
Extract the Georgian troops and bring them home!
Their position is in the city of Ambrolauri, grid square LN-41, approximatly 35 NM N/E of Kutaisi, bearing 050°.
Initially fly heading 040° to follow the river towards the small town Zogishi (WP1), Turn heading east to follow the river to the landing zone ALPHA.
A Reaper-drone will Sparkle the landing zone ALPHA.
2 squads with 6 person each squad need to be extracted.
Bring them back to Kutaisi.
The A-10C and/or other CAS depart 10 minutes after the helicopter for CAS around the LZ.
A Reaper-drone, callsign "Ford", will be stationed overhead the landing zone ALPHA and is supporting the mission.

Ingress Point (IP):
- latest point for fence check
- Slicks/Mi-8 follow behind the Gunships and Gazelles to the LZ
- 2x UH-1/Mi-8 land and extract 2 groups of 6 infantry each 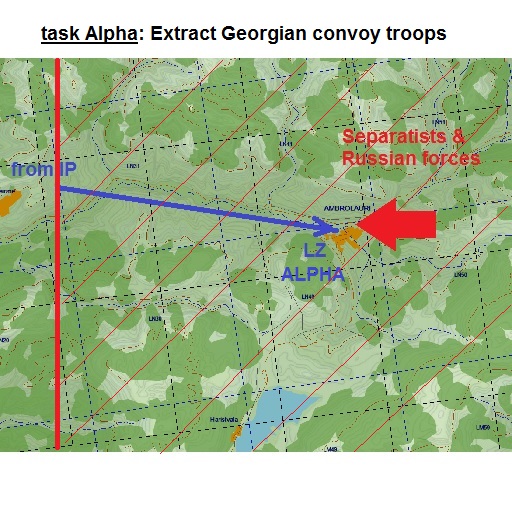 Ingress Point (IP):
- latest point for fence check
- Slicks/Mi-8 follow behind the Gunships and Gazelles to the target zone TANGO,
- 2x UH-1/Mi-8/Gazelles land on the roof of the buildings and extract the 2 Delta Force sniperteams of 2 infantry each team after the air-strike on the target is completed.

Egress:
- Same route back to Kutaisi 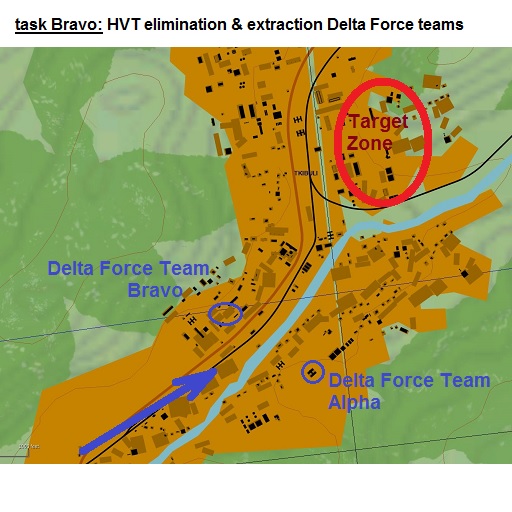 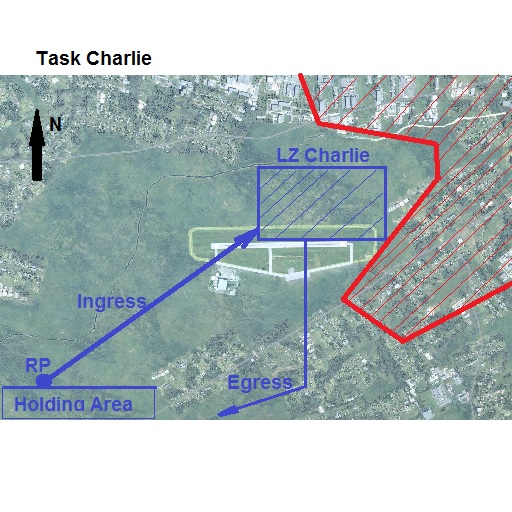 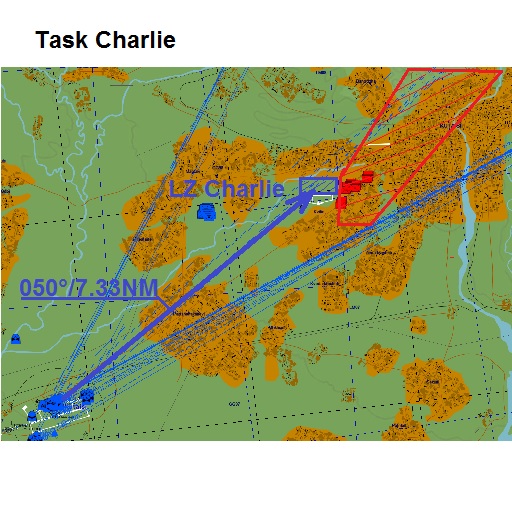 ----------------
Edit:
- Dabomb is informed regarding upload
- I recommend to start with task Charlie or, if lots of pilots available, split the group for different tasks

Mission has been uploaded to the 229th Mission Server.
229th Standard Objects Mod 1.2 is running on the server.

Good night last night, thanks to Painter for the mission really enjoyed it

Yup, I echo Cib's words... and I appreciate the amount of work that went into making it all work. Thanks Painter...

You are welcome guys! I am glad that you enjoyed it.