A great crowd turned out for this session despite the early morning... and Frenchy from DownUnder, Excellent!

The de-brief form didn't work too well last time so we will try this method..

Some formation flying with a few twists... I called formation shape changes at intervals together with terrain styles - sometimes loose, sometimes close... sometimes nap of the earth, etc..

Then a round robin every 4 minutes, lead goes to the rear, No 2 takes lead and calls new formation, etc...

Feedback invited.... from those who flew and others

Safe environment and all that stuff, be honest say what you feel!

At conclusion of this thread, taking into account future & past, comments views & suggestions, Rated and Senior ration aviator awards & 229th SOP's, Instructor Pilots liaison,  I'll hope to be able to present for discussion an outline B Company Training & Operation schedule for the next six months or so... to include Operating mode (slick / gun) Tactics, Operations & Airframes.... phew....!

Precisely the training programme I was hoping for. Lots of formation flying and good intro into coop missions. As a fledgling rookie there was plenty there to keep me occupied anyway. Thanks again.

Awesome training once again. A little bit of everything without being boring. Formation flying went pretty good although some (read Almighty) may need to improve on the takeoff part

. I bet he had the sun in his eyes.
Overall a very well spend morning.

room for improvement from my perspective: I suck at judging distance and I need to work on the comms part. When things start to get hectic I tend to loose the big picture. 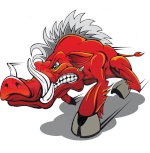 (B/229) HeadOn wrote:Precisely the training programme I was hoping for. Lots of formation flying and good intro into coop missions. As a fledgling rookie there was plenty there to keep me occupied anyway. Thanks again.

From a personal note I thought it did too... , it was just an idea that was teased out a little and it seemed to work.  By changing formation and lead (which in itself, changes everyone position in the formation too) everyone gets a shot.

From what I see, often, the more confident pilots jump into positions 2 & 3 and the new comers / inexperienced guys end up at the back... and stay there for a long time slowly getting disheartened, been there, done that, which of course is the worse possible position for them to be in, accordion effect etc and they loose out on real training experiences due to exaggeration of others speed / course changes.....but I suppose they think no one can see them but they forget about SIX sitting on the sidelines watching haha

I think this sort of exercise would be a good warm up exercise for every Company Session - Probably something like lead calls a formation shape, defines an appropriate style either 'contour' 'low level' or NOE and flys for 4 mins ending at a stable height & speed, calls 'change, breaking left / right and reforms at the end, when in position informs new lead and the process is repeated.  Max aircraft in flight 5, if 6+ divide into 2 / 3 flights etc..  So a warm up would last at MAX 20 minutes and every one gets a turn at everything...

Those areas noted for inclusion...

First off thanks for letting me be a part of the B/Co training session, I honestly had no idea it was on and was just bumming around on teamspeak.

Overall very well run with great planning and communication. The mission was great fun and seemed very suitable for every level of pilot; more experienced people could challenge themselves as gunships or slick lead and those with less can fly as slick wingmen. What also made it great was not only being able to see the mission unfold but also listening to the comms at the same time between slick and gunship flights. I know for larger groups it would jam up the comms too much but it was nice to hear/learn from everyone in the same channel and encouraged me to challenge myself as a flight lead next time.
I had to leave early but I could imagine the same sort of target but at various locations (not too far from airfield with easy nave, ie follow river to contact) would mean the same map/mission can be flown many times without it getting stale.

. With the round robin (from experience in C company training) I think making sure everyone is is using flight numbers in comms and vocalizing the change when the lead drops (especially if not in trail formation) out would help. It got a little confusing when a lead dropped out and we weren't in trail, eg. Im #3 in staggered right (behind lead), lead drops out, #2 becomes #1 and I become #2, now do i shift to the right of new #1 to maintain staggered right or does the form become staggered left?  This is really just being nit picky and for a first run it worked really well and was a heap of fun.

Another idea to throw in is have everyone try to autorotate and the end of the formation warmup, doesnt have to be coordinated but just a quick and dirty since if you mess it up everyone is going to respawn at the airfield  anyway before the mission. I can auto pretty good now from 1000 ft AGL but when i tried from 400 I went Gizzy style

Cheers Frenchy... great to have someone sane on board rather than some of those mad Europeans from the other side of the channel

Good valid points taken on board mate, Gangnam style went viral, looks like Gizzy style is too, love it!

Very much enjoyed it, I don't have much to add at this point in time.

I enjoyed the session too, and agree with the feebdack so far. Some thoughts:

As per Razor, I would like to learn more about, and then use, formal radio comms. However, I like the fact that things are pretty relaxed on TS in the 1stCavDiv and wouldn't want to lose that - I played on a couple of ArmA servers where the comms were locked down in military formality and that got dull quickly. But I would like to know how to do the comms properly, and try to use them when flying missions.

I liked the swap-and-change approach to flying formations, which naturally leads on to the idea: how about if we develop a "smörgåsbord" of training activities, which we can then select from either pre, or during, a training session (I'm specifically thinking of training sessions without IPs). That way we don't have to come up with new ideas on the fly (no pun intended), but can select from IP-endorsed activities that develop good/relevant skills. ...off the top of my head, maybe bring in some competetive stuff? Probably best for a smaller group of people on the server - or do it in groups, if there are more people around:

Landing accuracy - land on a specific spot, difficulty dependent on skill
Landing accuracy: autorotations - land in a designated area during autorotation
Time trials - take turns completing a short course; could be individual, or as groups, depending on skill
Timed gun runs - set up several soft targets, timed to destroy them all and RTB (maybe this would form bad habits for gunship flying?)
...and so on

In general: its good to have something more organised going on; thanks for your efforts, Gizzy.

(B/229) evilivan wrote:
.... I would like to learn more about, and then use, formal radio comms. However, I like the fact that things are pretty relaxed on TS in the 1stCavDiv and wouldn't want to lose that....evilivan

3 channels via teamspeak, works a treat, allows formal and non formal comms at the same time... as in real life  EX: ATZ, FAC, SIX's etc on designated channels, use callsigns, adhere to convention re dialogue... BUT Flight has their own channel, you know everyone there... nicknames banter you name it...  In helmet separation can be set up say, Left ear, Foxtrot, right ear UHF, both ears AM.. something like this... so you know what radio to respond on.... integrates directly into the Uh-1H radio rotary and Mi8 radios... I think

I would be keen to get this in place ASP, maybe pick a night next week to get everyone organised if agreeable....

(B/229) evilivan wrote:... how about if we develop a "smörgåsbord" of training activities, which we can then select from either pre, or during, a training session (I'm specifically thinking of training sessions without IPs)..... maybe bring in some competetive stuff? Probably best for a smaller group of people on the server - or do it in groups.....evilivan

Absolutely Evil, spot on as they say in Ulster, exactly same thoughts too, there were enough responses to one of the de-briefs indicating a willingness for a mission design group - I'll try and get that going ASP for TRAINING SESSION scenarios and of course operational missions.