- 2011 - Started to fly with DCS A-10C, mostly offline. After 250h, mostly combat employment, dropped the simulation due lack of a group to be part of.
- Early 2012 - After taking interest in helicopter simulations, acquired Bohemia Take-on Helicopters, and initiated my self instruction training, after finishing the campaign, started to look for more professional options, and came across FSX.
- Late 2012 - After acquiring FSX Deluxe, joined Hovercontrol.com, international community devoted to helicopter simulations training in a professional level, the only one with a pilot certification program for FSX, started the program, in 1 month, after 50h online hours with the group, became a certified pilot (Certificate Here)
- Early 2013 - After finishing the Certification program, and flying mostly the Bell 206 Dodosim addon with the group (waiting for the Dodosim Huey to come out), decided to look for an organization that would permit active duty, joined the vUSCG, flying the HH-60 (Jayhawk X), HH-65 (Virtavia) and HC-130H (Captain Sim) (all for FSX), performing SAR with real world procedures in the simulated environment.
- Late 2013 - After participating on 2013 edition of Operation Red Flag Alaska (vUSCG as a guest organization), conducted by the vUSAF, the most respected Virtual Special Operations Agency affiliated to the VATSIM community (as well as vUSCG was), also joined their ranks, and kept active status for both groups.
For vUSCG achieved the rank of Lt. Commander, 250h online on VATSIM during operations, and some distinctive awards, until requested for an extended LOA to dedicate myself to the vUSAF due the diminished number of active pilots on the virtual Coast Guard. Unfortunately, the group recently was terminated.
For vUSAF, I still keep an active status, as vCaptain "Dead Horse", more than 350h, and I have been able to contribute with paint customization for my squadron and Major command, with large scenery creations for various events (AMC Rodeo 2013, Deep Freeze 2013/14, Red Flag Nellis 2014) and also been able to command and coordinate some of the same events. For vUSAF I'm mission ready in the Osprey CV-22 (Virtavia), the H-60 Pave Hawk (Cerasim UH-60L) and C-130J (Captain Sim).

vUSAF is currently a multi-platform organization, with most of the operations done in FSX with a custom addon built by a senior member that emulates every single combat and logistics aspect, also having pilots flying DCS, BMS, LOMAC and ORBIT, but the number of pilots engaging activities in DCS is still small, and as far as I know, I'm the only helicopter pilot of the group.

After acquiring the DCS UH-1 by the end of 2013, I recently started to fly its campaign, and also performed several custom missions to hone my skills on its accurate and demanding flight model. Although experienced as a virtual helicopter pilot in many platforms and models, I would be honored to be part of a group dedicated to the best rotor wing option available in any simulation to this date, and be able to learn and improve my skills, by the side of other experienced pilots that share the same perspective.

I'm Brazilian and still live in Brazil, speak fluent English, which allowed me to be a successful member of many U.S. communities, I'm 38 years old, with a wife and a new born son, IT professional by trade, virtual pilot by heart.

Looking forward to hear from you,

Welcome, look forward to flying with you.

DeadHorse, thank you for your request to join the 229th. Welcome to to the group. You have a very impressive resume and I think you'll fit right in. This is a great group of helicopter enthusiast who enjoy flying the UH-1 and Mi-8. I believe your the first member from South America so you're setting the example for your region. Please go to the Usergroup link above and select "A Company/229th (North America) and you will receive further instructions. I look forward to flying with you.

Thanks a lot, gentlemen, I subscribed to the A/229. I will be back from the office at 2100z today, and will setup TS then. Looking forward to talk to you.

Looking forward to flying with you.

Welcome DeadHorse.
You are bringing a lot of virtual experience with you.
I am sure you will enjoy it here.
We have some very talented guys producing great missions to fly. 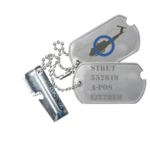 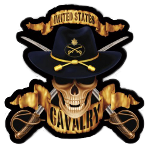 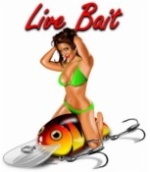 Hiya Deadhorse..looking forward to flying with you